Why Is Coffee Bad for You? 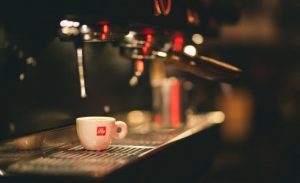 Coffee is a drink that won the hearts of many people. Passing a day without a few cups seems unusual for many. Probably most of the readers of this piece are regular coffee drinkers!

Fact is, many of us do not focus on the nutrition facts while eating or drinking. Have you ever asked, is coffee good or bad for your health? Cool down, no reason to get alarmed right now if you do not consume too much caffeine every day.

In short, light to moderate consumption is beneficial, while drinking too much coffee has many negative aspects. This article is dedicated to discussing the topic – why is coffee bad for you. So, let’s begin.

A Brief Discussion on Why Is Coffee Bad for You

Coffee is a remarkably healthy drink. It has a lot of benefits like boosting mental & physical performance, increasing focus, burning fat, even minimizing the risk of cancer. However, excessive consumption of caffeine results in a lot of negative impacts on your mind and body.

To be more correct, the effect of caffeine varies from man to man. People who are not habituated to caffeine may show negative symptoms after drinking what is generally considered an average dose.

Many regular coffee drinkers can easily get trapped into consuming too much caffeine. However, studies revealed that coffee does not cause addiction similar to other drugs like cocaine or amphetamines, yet it can create psychological and physical dependency, mostly at heavy dosages.

Besides, the frequency of caffeine consumption may also cause addiction. So basically, coffee is good, but if you start to take ‘too much of a good thing,’ it may turn out to be harmful.

Coffee is famous for its contribution to help us stay awake. From this, you might gaze at the next point, which is: drinking too much can hamper regular sleeping, and you may not get enough reviving sleep.

The truth is, how much caffeine you can take without causing insomnia varies from man to man, depending on your genetics and other elements. An essential piece of information: caffeine that is consumed in the late hours can cause sleep problems because its effects take a few hours to disappear.

The lesson to be learned, caffeine may help stay awake & recharged, yet large dosages cause insomnia. Also, get rid of the afternoon coffee breaks if you are going through sleeping problems.

To realize how caffeine causes anxiety, we have to understand its mechanism first. Caffeine prevents adenosine’s impact that provides a sense of tiredness; simultaneously, it activates the adrenaline related to increased energy.

Therefore, when we take high doses of caffeine, these effects become more strong. As a result, issues like anxiety, nervousness, or jitteriness develop. The American Psychiatric Association enlisted anxiety disorder due to caffeine among the four caffeine-related syndromes.

However, the effect of the same amount of caffeine varies from man to man, and also the caffeine content varies from brand to brand. What you need to do is, if you feel nervous or jittery frequently, then monitor your coffee intake.

Coffee usually helps in bowel movement. The laxative effect of coffee causes the release of gastrin, a hormone that increases colonic activity.

In addition to this, coffee increases the contractions responsible for moving food within the digestive tract. Thus, higher doses of coffee may result in losing stools, even diarrhea to some people.

Besides, studies found that coffee deteriorates the condition of some GERD (Gastroesophageal Reflux Disease) patients. That’s why, if you are having digestive issues, try reducing your coffee consumption.

Although high doses of caffeine seem to enhance the rate of blood pressure, however, generally speaking, it doesn’t raise the risk of stroke or heart disease for most people (it is debatable though). Also, increased BP is a temporary fact.

But if you have high blood pressure beforehand, then it is better to be careful about high doses of caffeine. In some cases, the heart rate seems to increase due to caffeine’s stimulatory effect (large doses obviously). However, this doesn’t happen to all and varies from man to man.

It might sound odd, but yeah, coffee, tea, or other caffeinated beverage can gradually generate fatigue or exhaustion. How can that happen when we know them doing the exact opposite?

Although it is comparatively rare, people may experience the breakdown of damaged muscles, namely Rhabdomyolysis, due to excessive caffeine intake. Rhabdomyolysis is an extreme situation that causes damaged muscle fibers to enter the bloodstream. It can even result in kidney failure and other issues.

All of us usually experience this often, especially on the days when we drink coffee or other beverages too much.  Researches show that high caffeine intake can generate increased urination and urgency by its stimulatory effect. The solution is minimizing your caffeine consumption.

However, these types of issues are debatable and should be discussed with professionals. The same goes for other controversial issues related to caffeine.

We can sum it up like this – light to medium amount of caffeine intake is beneficial for health while drinking high dosages has many side effects. Although caffeine’s effect varies from one person to another, clearly, drinking a lot of coffee is not a good idea.

If you regularly drink coffee or any other caffeinated beverage, monitor your sleep, energy levels, blood pressure, urination, etc. If something is wrong, then maybe it is time to reduce your coffee drinking rate. I hope this piece was beneficial to show why is coffee bad for you.