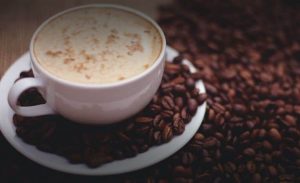 In today’s world, many people consume caffeine on a daily basis. Tea, coffee or caffeinated soft drinks has become a part & parcel in our everyday life.

In this article, discover the world of caffeine – What is caffeine, and how was it introduced to the world? How does it function in our body? What are the pros & cons? A full-fledged discussion is waiting below!

The world of caffeine: what is it?

The result is noticeable; it prevents fatigue and keeps us vigilant. The total daily consumption of caffeine varies globally. Coffee and tea – these two are the most renowned sources of caffeine.

It is also approved to be used as a food ingredient in a limited amount. In Chemistry, it is known as trimethylxanthine, the chemical formula of caffeine is C8H10N4O2. Despite a lot of beneficial aspects, high dosages of caffeine intake may cause a lot of problems.

The name Caffeine came from two sources – Kaffee(German) and café (French), which means coffee. According to Historians, caffeine was introduced in 2737 BC by Chinese Emperor Shen Nung. He boiled water and leaves, and thus prepared the drink “tea”, as the name we know today.

Coffee was discovered many years later. In the 9th century, a shepherd in Ethiopiawatched his goats getting stronger by eating wild coffee berries; eventually, he started to eat them. According to Wikipedia, The first credible evidence of coffee’s introduction seems to be in Yemen’s Sufi monasteries located in southern Arabia, in the 15th century.

After entering the body, caffeine is rapidly absorbed from your gut to the bloodstream. From there, it moves to the liver and breaks into compounds. These compounds have the capability to affect the functionality of multiple organs, and the central effect happens in the brain.

Adenosine is a neurotransmitter that is responsible for the feeling of tiredness. The adenosine is constructed over time and causes you to feel sleepy.

Caffeine blocks the impact of adenosine by joining the receptors to the brain without triggering them. It decreases tiredness and keeps you awake. In addition to that, caffeine raises the adrenaline level. Due to this combination, the brain gets additional stimulation and develops a state of alertness.

As a result of the blockage on adenosine caused by caffeine, other signaling molecules like dopamine or norepinephrine get increased. This alteration in the brain improves mood and brain activity.

Due to the ability to stimulate the central nervous system, caffeine contributes to boosting metabolism and fat burning.

Caffeine is quick in functioning. The amount of caffeine present in one cup of coffee takes twenty minutes to enter the bloodstream, and within one hour it becomes fully effective.

As discussed earlier, caffeine increases focus, alertness, and helps us stay awake, enhances mood and brain functionality, and contributes to metabolism and fat burning. In addition to these, there are a lot of other beneficial aspects of caffeine. Some of them are given below:

Caffeine consumption may reduce the risk of cirrhosis or liver damage. It helps to reduce the progression of the disease, develop treatment responses, and minimize premature death risk.

Decreases the risk of premature death:

Taking caffeine may decrease the risk of premature death, especially for women and those who have diabetes.

Consuming caffeine on a daily basis may reduce the risk of skin cancer.

Decrease the risk of gout:

Approximately 4 cups of coffee per day can lower the possibility of developing gout. The percentage is around 40% for men & 57% for women.

Approximately 3 cups of coffee per day may develop your gut health by increasing the amount and action of effective gut bacteria.

Protects the brain from Alzheimer’s & Parkinson’s:

Studies revealed that those who consume caffeine regularly have a low risk of Alzheimer’s & Parkinson’s diseases.

Although light to moderate caffeine intake has many positive aspects for the body, high dosages may open the door to many troubles.

Those who consume large doses every day may get into physical or psychological addiction.

The low or moderate amount may develop focus & alertness. On the other hand, a large amount may cause anxiety.

A high amount of caffeine intake may lead to insomnia.

Large doses can cause you to lose stools or GERD.

By ingesting a high amount of caffeine, we can face Rhabdomyolysis. Rhabdomyolysis is an extreme situation that causes damaged muscle fibers to enter the bloodstream, resulting in kidney failure and other problems.

A high amount of caffeine may raise blood pressure temporarily. To some people, it also increases the heart rate.

When the effect of caffeine fades, it can lead to fatigue or exhaustion.

Large doses stimulate the bladder and may result in frequent urination & urgency.

These problems and other diseases related to women can be easily solved by light to moderate caffeine intake and consulting with doctors.

To Pack Up: What is caffeine?

At present, caffeine is a widely accepted and famous ingredient. A balanced intake (averagely speaking <400 mg per day) has a lot of positive impacts. Studies found that caffeine also provides protection from type -2 diabetes.

However, large dosages may cause a lot of issues, which actually varies from man to man. I hope you liked the short ‘lecture’ on what is caffeine!