What Is a Latte? 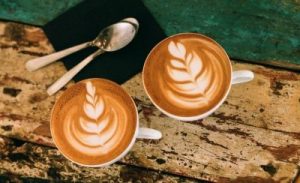 If you are new to the coffee world, you might wonder, “What is a latte?” Although it is also possible that you have already drunk latte coffee before, but you didn’t quite understand. Well, today, I’ll be discussing about it.

What is a Latte: Everything you want to know!

Latte is basically a type of coffee drink, which is produced by mixing steamed milk onto an espresso shot. Let’s get some interesting facts and information about latte so that you can feel its significance.

So, what is an espresso? Since espresso is included in the definition of a latte, I’ll explain in short what an espresso is. That will make it easier for us to understand the question “what is a latte?”.

An espresso is a coffee that is prepared by pushing highly pressurized almost-boiling water through fine coffee grounds. It is served in small shots. Espresso is generally thicker than other types of coffee drinks. Milk can be added to dilute the drink and change its taste a bit.

This is how other variations of coffee drinks can be made and one of those variations is the latte. Although the espresso is a bit thicker, some people like to drink it without adding any milk.

That’s enough about espresso. However, if you want to know about Espresso further, you can look at our in-depth article on Espresso here”What is espresso“.  Now let’s discuss latte.

What Is a Latte?

A latte is a derivative of an espresso. We have already learned that espresso is quite dense and thus can be used to form other types of coffee such as latte, cappuccino, macchiato, etc.

Among these espresso derivatives, the latte is probably the most popular one.

The name latte came from caffè e latte, which means coffee and milk in Italian. Singularly, latte means milk. So how did only latte become its name?

It’s believed that the Americans were the first to popularize this drink. They got their idea from the Italian caffè latte. Therefore, they named it after that. And so this coffee became renowned by the name latte.

I think we have got an idea about the latte. Let’s jump into its history now.

The History of Latte

The Europeans have been using milk in coffee for a long time, since the 1600s. Although this practice has been around for quite a while, you won’t find any mention of it in the English language before the 19th century.

It was William Dean Howells who first used the caffè latte in the English language in the year 1867.

The question still remains, where did latte originate?

The answer is not that straightforward. You have seen that milk in coffee has been used at least since the 17th century. The French, German, and Italians have used the terms café crème, milchkaffee, and caffé latte respectively to mean the same thing; coffee with milk.

But how did the term latte come about? You might think that the Italians invented latte because they used the name caffé latte. The latte is in the name, so that’s where it came from. This argument is not strong enough.

The reason for which this argument is not strong enough is that latte means milk in Italian. Therefore, you can’t just go to a random coffee house in Italy and ask them for a latte. If you do that, they’ll likely give you a cup of milk because that is what the word means!

It seems that the drink named latte we enjoy today was first popularized in the USA, to be more specific, in Seattle of Washington. Hence, it is likely that the standard latte first originated from America.

This is what is claimed by the Café Mediterranium of California and also indicated by Kenneth Davids.

First of all, a cup of classic latte is produced by adding steamed milk to a shot of espresso. This is hot. Contrary to this, there exists a cold latte. That is prepared by pouring cold milk on ice, with an espresso of course.

This is a very simple difference. One is hot, and the other is cold. The cold latte doesn’t have foam on it either.

Another variation of latte is formed by adding flavors to it. You can add whatever you wish from a wide range of tastes. These include peppermint, orange, vanilla, cinnamon, caramel, Irish crème, almond, raspberry, hazelnut, etc.

You can even combine flavors. Some people might like to add many flavors to their cup, while others may prefer the original taste of a coffee cup. Well, you are certainly free to choose whatever suits you!

Other variations exist because of a difference in culture and country. Some east Asian countries have a variation by the name tea latte. In some places, the latte is provided in bowls. There’s another famous variation called sea salt latte.

When you pour the steamed milk onto the espresso shot, you can create different designs. This is known as latte art.

As you pour the steamed milk, you’ll notice that there’s a thin layer of foam. The art is formed on the foam. You can also just draw something on it, and that will be a piece of art too.

This is a form of art, and like every other art, this is also not an easy thing. You need to have a lot of experience to be able to make patterns in a consistent manner.

A man by the name David Schomer popularized latte art, although he was likely not its inventor. This particular art has achieved much fame, and baristas (those who make coffee) invest a lot of effort behind it.

But be mindful, lest you might create an excellent design with a not-so-wonderful taste. Make sure you concentrate more on the flavor of the drink. And then you can create a superior art by pouring the milk or etching with a stick.

How to Make a Perfect Cup of Latte

You can make a fine cup of latte following the directions given below:

Let’s have a look at latte in short…

Coffee has its name in the list of topmost famous beverages in the world. And latte has the name at the top of the list of most popular coffee drinks. That indeed says a lot about caffè latte.

I’m sure, by reading this article, you have found what you were looking for. Now the next time you go to a coffee shop and take a sip of latte, and someone sitting beside you asks, “What is a latte?”, I believe you’ll be able to answer him with ease.